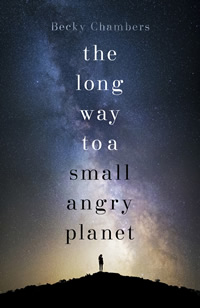 Is fun underrated by literary criticism? There seems to be a cultural hang-up about reading a book just because it’s enormous megafun, rather than because it wrestles with demanding intellectual subject matter. This is of course encapsulated by such common phrases as “guilty pleasure” (etc.). And how often will a reviewer acknowledge that a book *is* good fun, only to immediately qualify that statement by adding “but it also engages with x Serious Issue and y Meaningful Drama”? As if the “fun” only has value by dint of its association with more lofty content.

I remember the debates back in 2010 when Howard Jacobson’s The Finkler Question became the first comic novel to win the Booker Prize. Some critics asked if comedy was “proper” for such a prestigious institution. Others, as above, moderated their analysis of the book’s humour by primarily engaging with its more serious psychological and religious concerns, or talked about the humour and seriousness “balancing each other out”, as though the former is only justified by the latter.

This seems to be a problem unique to literature; everything from Marvel’s Cinematic Universe to Beyoncé’s new album to Doctor Who is lauded for the craft that’s put into being fun. Books, however, are always expected to contain something more: to pry into the darkness of the soul and psyche. Any comment about fun being an aesthetic achievement in and of itself seems notably absent from literary discourse. Hell, for the past several years the SFF genre-scape has been dominated by grimdark dystopias, post-apocalypses and Game-of-Thrones-esque relentless, scowling gloom.

All of which makes Becky Chambers’ debut The Long Way to a Small Angry Planet even more note-worthy. This is anti-grimdark. This is un-dystopia. This is joyous, rollicking, unapologetic fun that’s beautifully crafted and socially on-point, while being sensitive enough to avoid descending into outright farce. It’s light on plot but big on characterisation, and I thoroughly enjoyed it.

The Long Way to a Small Angry Planet is a Space Opera set in a Banksian galaxy-spanning super society. Like the Culture novels, the setting is, socially, very liberal, inclusive in terms of sexuality, gender, race etc.  Such sentiments as “I am currently male” are common throughout the narrative. It’s an optimistic and uplifting extrapolation of current liberal ideologies that reminded me somewhat of Ann Leckie’s ‘Ancillary’ trilogy as well. Unlike The Culture, however, this society is still capitalistic, predicated on private ownership and wage labour.

The book is about the crew of The Wayfarer, a motley bunch of humans, aliens, A.I’s and virus-symbiotes. Comparative touchstones for the ragtag crew might be the cast of Farscape or Firefly. The Wayfarer is a working ship, equipped with a machine that can create wormholes between star systems. The crew are commissioned to do this by various governments, mostly for economic and trade purposes. I liked this presentation of SF-nal labour, where building wormholes isn’t a high-concept and jargon-filled thing, but, literally, engineers taking a giant drill and boring a hole through space. I guess it makes sense that Chambers would pair her far-future reproduction of capital with an equally material reproduction of labour, regardless of its lack of scientific verisimilitude.

As for plot, well, as I intimated above, there isn’t much of one. The crew are tasked by the galactic council with travelling to a distant star system controlled by new (but dangerous), allies, and to tunnel a wormhole from that system back into their home space. Cue a more-or-less 400-page journey filled with mini adventures and self-contained escapades, but very little in the way of overarching plot. You could probably isolate many of the books chapters as entirely independent short stories.

What The Long Way… is really about is its eight central characters: the crew of The Wayfarer; their relationships, hopes, flaws, and the uplifting sense of camaraderie, even family, that they share with one another.

As the book begins, we experience events through the eyes of Rosemary, the ship’s clerk and newest recruit (there’s a nice running gag about the wonderful opportunities open to The Wayfarer now that they’ve finally employed an administration assistant), but the focus soon expands to encompass the entire team. Each character is brilliantly distinct, from the dwarf, Jenks – a tech expert in love with the ship’s A.I., to Sissix, the humanoid-reptilian pilot, to Corbin, the grumpy “algae technologist”, and, unforgettably, the weird, multi-limbed cook-cum-medic, dubbed “Dr. Chef”. Each personality is so unique; all of them clearly designed to play-off one another’s idiosyncrasies. Sissix’s knowing sensuality is a nice contrast to Rosemary’s more ingénue naivety, and Corbin’s quick temper and stubbornness is satisfyingly matched against Captain Ashby’s fairness and flexibility.

The most striking stylistic feature of the book (and the source of most of the aforementioned “fun”), is the dialogue, which is predicated on an effortless Whedon/Sorkin-esque wit, combined with the sort of internet-speak that uses juvenile or voguish slang to address sometimes quite serious issues. Don’t expect any naturalism going into this book. Many of the conversations resemble witty Twitter exchanges, rather than ordinary speech. Chamber’s greatest achievement, though, is that this highly-stylised prose manages to retain a recognisable emotional quality and depth. It never tips over the edge into farce.

This style of dialogue is most keenly focused in the character of Kizzy, the hyperactive, snack-obsessed, but highly-skilled, witty and caring ship’s engineer. Kizzy is everyone’s favourite character; infectiously giddy but ultra-competent. Some examples of her in action:

After an existential discussion about loneliness:

“I am now starving. What sounds good? Noodles? Skewers? Ice cream? We’re grown-ups, we can have ice cream for lunch if we want.” (p. 128)

Interrupting her captain who’s trying to comfort her when she’s desperately upset:

“Eek!” cried Kizzy. “Mail! A mail drone!” She tumbled out of the wall and ran down the hallway with her arms outstretched like shuttle wings. “Interstellar goodies iiiiiiincomiiiiin!” (p. 153)

“Are… are you making them hats?”

“Yeah,” she said, and pointed absently. “Alfonzo’s already got his”

Jenks looked to the bot wearing a blue beanie with a yellow pom-pom. (p.393)

You get the idea. The styling won’t be to everyone’s taste, of course, but it’s refreshing to find this concern for characterisation and interpersonal relationships in Space Opera, a genre more associated with technological plausibility and large-scale plotting than the small mechanisms of human interaction.

Indeed, the witty dialogue wouldn’t be nearly as much fun if it wasn’t placed in the context of deep and sensitive relationships. One of the most compelling of which is the romance between the tech expert Jenks, and Lovelace, the ship’s bodiless Artificial Intelligence. This is definitely the novel’s most extreme challenge to socio-sexual norms, making the alien sex (oh man, there’s weird alien sex) seem positively parochial in comparison. As with the comedic dialogue, this relationship has the potential to descend into meaningless silliness (especially when Jenks expresses his love by hugging some coolant vats or whatever), but so deft is Chambers’ handling of their feelings, that this thankfully never happens. The language that surrounds this affair is no different from that which surrounds any other of the book’s romantic relationships. And this is why it works. It’s a sort of lesson in liberalism: if you want to understand something that’s outside of your personal experience, just treat it sensitively and it’ll make perfect sense. Despite the weirdness of the book’s cast, its relationships, its sex-scenes, nothing is ever othered; everything is treated as normal. It’s remarkably uplifting.

So, that’s The Long Way to a Small Angry Planet. A wacky, action-filled, colourful and fast-paced Space Opera that focuses on relationships, character and inclusive diversity. Would I want all of my SF to be like this? No, far from it. Its sexual and gender politics aside, it may not be ground-breaking or experimental; it wears its influences on its sleeve, and in some places is a tad predictable. But it’s just so much fun. Perfectly-crafted, elegant fun, which manages to describe an impressively complex science fictional universe without ever relying on info-dumpy exposition. As an example of literary craft: swift prose, idiosyncratic dialogue, well-balanced humour and a sensitive understanding of human relationships, The Long Way to a Small Angry Planet is very good indeed.