I’m still waiting on my copy of Railsea, so I’ve written something about one of China Miéville’s short stories, instead. 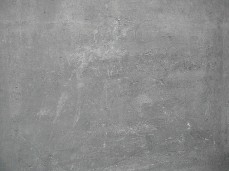 Details is characteristic China Miéville: it’s a real grab-bag of genre tropes and influences: psychological thriller–meets–locked room mystery-meets–Lovecraftian cosmic horror.  And while you may be justifiably concerned that this kind of genre alchemy is better suited to the liberty and breathing room afforded by, say, the long form of a novel rather than Details’ meagre fifteen pages, the zaniness that comes with such a concentrated hodgepodge of genres is mitigated by a pleasingly restrained child narrator and a somewhat stylistically against-type adherence to the classic ‘three act structure’ of more traditional story-telling, both of which (narrator and structure) go some way to reining-in this potential for wackiness.

Although never medically defined as such, Details‘ primary concern is an elderly recluse, Mrs Miller, who suffers from what can only be described as a severe case of pereidolia – the propensity to seek out recognisable shapes (notably faces) in randomly arranged inanimate stuff and visual noise (clouds, tree branches, folded clothes etc. c.f. The ‘face of mars’).  Mrs Miller encounters the same unknowably nightmarish figure reaching forward to claim her in everything she sees – even the lines of her own palms.  Rather than blind herself (“taking the cowards’ way out”), Miller seals herself inside an empty, white-washed room and shrouds her body in unbending ‘plastic clothing’.  It’s fantastic fodder for a horror story, even if Miéville does disappoint by directly name-dropping ‘the Devil is in the details’ – the aphorism that so obviously informs the story’s premise that it would have been better left unsaid.  The narrative is delivered simply and matter-of-factly by the child narrator, a boy who passes food to Mrs Miller through a gap in the door.  But this utility of prose is charmingly counter-pointed by the story’s direct speech – which is obtuse and stylistically arch but never grammatically difficult – and I admit this satisfied my hankering for Miéville’s usually more alienating style:

“You imagine if I saw a field of wheat. Doesn’t even bear thinking about! A million million little bloody edges, a million lines.  You could make pictures of damn anything out of them, couldn’t you?

I’m wary of veering too close to spoilers, so I’ll leave the blurb at that (with a note that the dénouement is extraordinary).  There’s always a proneness to comedy or unintended farce in this kind of presentation of a potentially mad old woman screaming at her visitors, perhaps exacerbated by the media’s frequently patronising comic treatment of the same; but so bleak and precise is Miéville’s choice of words that Details, while skirting the edges of this trap, always manages to avoid falling into it.

Fundamentally (and this paragraph may say more about my own proclivities as a reader than Details as a whole), the story works as a metaphor for the interpretive pluralism of literary texts – the idea that it’s possible to produce many different readings of the same text is clearly echoed in the notion of pereidolia: all the shapes are there, it’s down to the reader to find whatever meaning and order they want.  Mrs Miller rants and raves about the shapes and alterities she can detect in everything around her, and it’s no stretch at all to apply this notion to theories of language in a way that really pushes the limits of structuralism.  This is especially true of written language, where text becomes very much a visual thing (how often have you squinted at a page looking for some kind of shape or pattern in the gaps between words?).  In this regard, Details isn’t unlike China Miéville’s recent novel Embassytown; the celebration of language that also makes quasi-terrifying points about its ambiguity.  Likewise, Details’ heavy symbolism surrounding doorways and boundaries definitely feels like a proto-The City and The City, a sort of finger-weaved knuckle crack before the main event.

That Details is rampantly ambiguous adds further weight to this argument.  Is the man desperate to access Mrs Miller’s room just a harmless drunk, or a determined agent of the cosmic nightmare she believes haunts her?  Mieville fans (me included) are more likely to believe in the reality of Mrs Miller’s monster than in the more urbane, psychologically sober alternative of her madness; but both perspectives (and others) are entirely and equally validated by the text. Mrs Miller’s white room contains everything you could want; Details is an exuberant if intimidating celebration of literary ambiguity.  Read it. Then read it again. Then a third time.